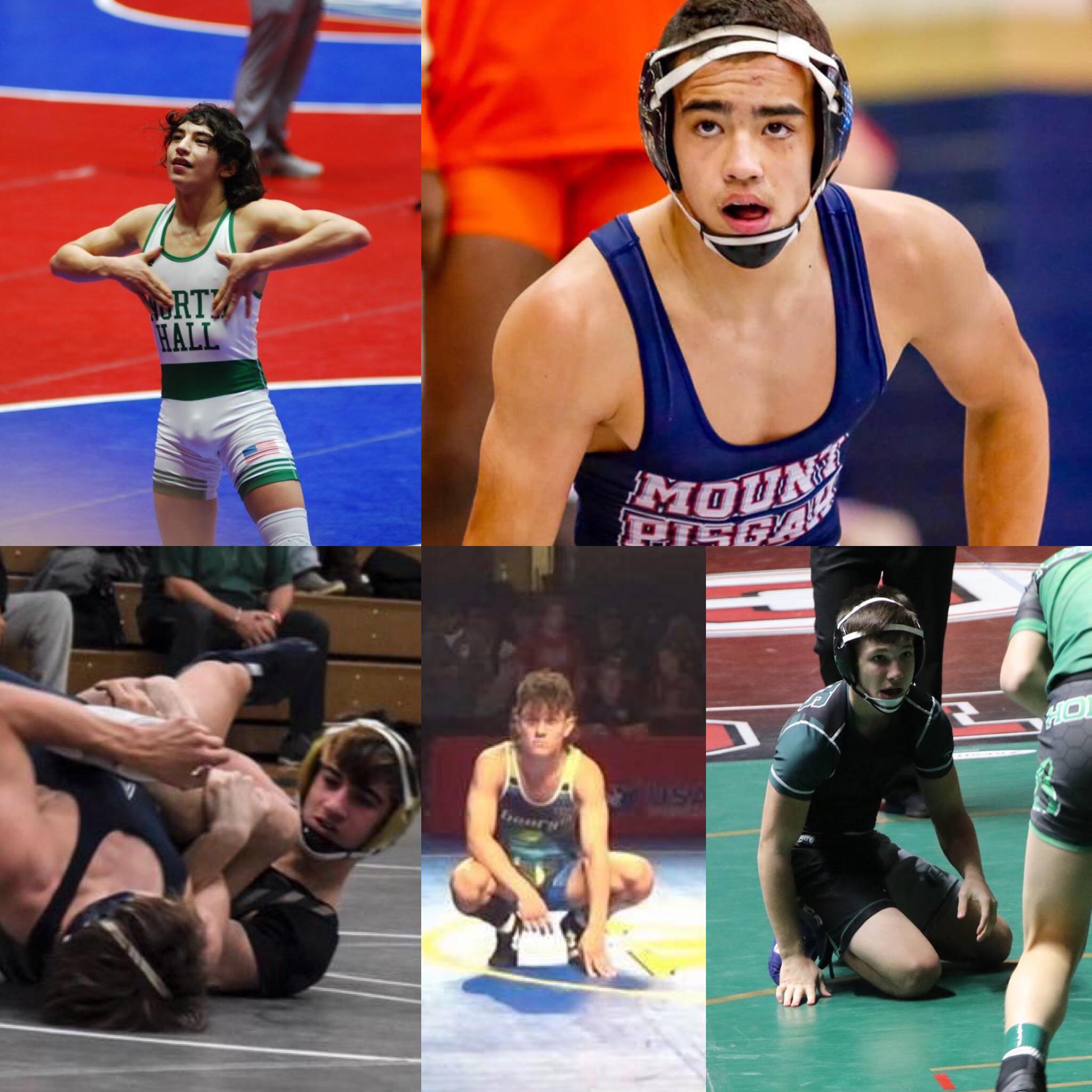 Woodland Takes Top 2 of the Top 5 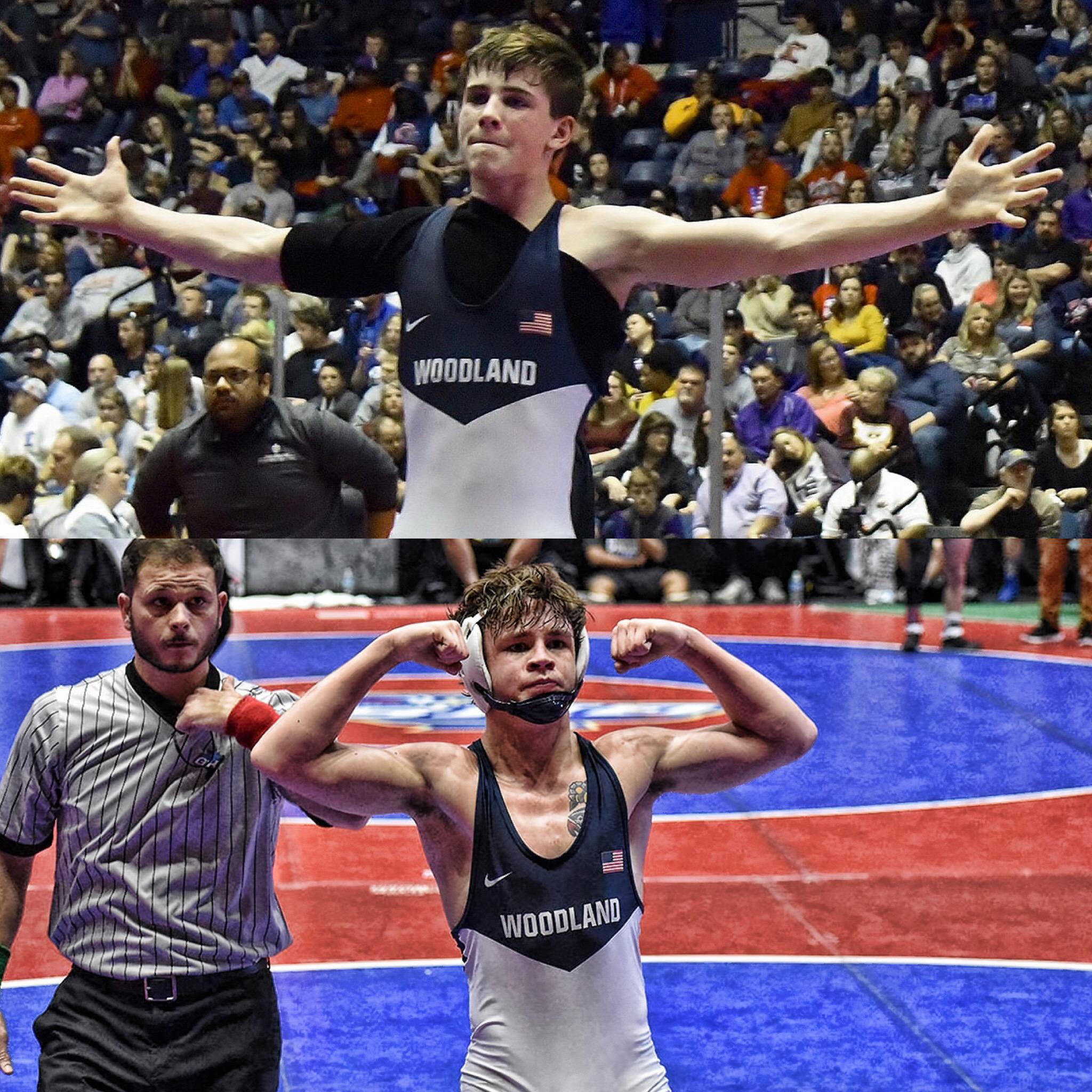 I apologize for the wait. It seems that my  day job doesn't want me to share my  wrestling  love, but here we are. I like to take my time with things I do and make sure that they are done properly, so I find myself doing more sometimes than is necessary and it creates a more thorough walk-through. Below is  a quick rundown of my Top 5. Also if anybody would like to send in pictures or input of the wrestlers in the rankings it would be greatly appreciated! Thank you so much for all the positive feedback we've received, we hope you enjoy!

We're back and here to talk to you about Woodland... no, not the whole time. However, they definitely have the brightest stars in this class. Let’s start with the vet killer Caden McCrary. Coming in to high school people were talking about him, but as you know sometimes the best youth wrestlers don't always pan out to the full extent we would foresee. With this kid, there's no question. He comes into his first high school tournament and downs a 2x State Champ and future Stanford commit Logan Ashton, whom seemed damn near unbeatable. That is no shake for Ashton, that's just how good this kid is. Come along to the next year and hear I am thinking I've seen what he can do, going be hard to impress me again. How I was wrong. The next year down at the Knockout (in my humble opinion, the toughest tournament in the SE) he takes down South Dade superstar Bretli Reyna who is an absolute stud and looked to be on fire in that tournament after downing Michael Kilic in the semis.  The match was a barn burner and came down to sudden victory, after that I was questioning nothing again with this kid. He follows up and concludes his regular season and undefeated record with a strong performance in the State Finals by taking down one of the best wrestlers in the state in Julian Farber. This young athlete has a very bright future and we should all look forward to watching him compete for years to come.

Remember how I said that I’m here to talk to you about Woodland, well this is the last time… until the next class rankings come out lol. Let’s get to the man of the hour though, Jaxon Smith. An Arturo Holmes product and it truly shows. Watching him wrestle is like watching butter melt on a pile of flapjacks. Smith is so smooth and quick it’s hard to take your eyes off him once he hits the mat. His performance this season and especially at Knockout was nothing short of spectacular. Downing Rex McDaniel in round 1, taking out 4x Florida State Placer Andreus Bond in SV the semis, and pulling out an awesome finals win over Camden powerhouse Tyler Dahlgren. That match was fun to watch and really took guts. It was really nice to see him come out, go unbeaten, and perform at the level he did this year after having had to sit out due to injuries the year before. It looks like Tramutola is filtering the water in Cartersville the same way him and Vanhorn had done in McEachern for all those years.

It was a lot of fun getting to watch this breakout year for RJ Weston. For sure a grinder and a kid with a motor second to none. Last summer he must have put a lot of time in, because he looked like a different person out on the mat. His wrestling was cleaned up and a lot sharper, where he lacked in the technical side he always made up for with attitude and aggression. Now it seems like he has taken the necessary steps to focus and put them together in a manner that made a huge difference in his output on the mat. He looked fantastic all year and capped it off with a State Championship. He went on to follow up with one of the best performances  from a GA boy I’ve seen at Fargo. He’s having a great run and hopefully it will continue.

You know who’s just consistent and always seems to win? Ben Williams. He had a very impressive season in capturing his first State Title, not having much of a match in his road to gold. His only true competition at state last season was a future Air Force commit in Nick Krug or else we may have a 2 timer on our hands.

Clint Gilbert is tough as nails and has been competing at a high level since his youth days, wrestles a very athletic style on his feet with some hammer-like leg riding on top.  A two sport athlete  who likes to take care of business on the gridiron as well. The middle of 3 brothers who are helping with the Collins Hill re-emergence. State Champion as a freshman and followed up with a silver finish this past year dropping his match to Krug in the finals. Clearly Krug has been a thorn in both Gilbert and Williams sides. We’re probably talking about two different, 2x State Champs without him. Gilbert looked great last year and he always seems to turn it on when the lights are on. I remember watching him get pinned in the Sectional Finals his freshman year, only to go on and beat the same kid handedly in the State Finals just a week later. Gilbert dropped a match to Williams earlier on last year, which is why Williams gets the nod for a spot above. 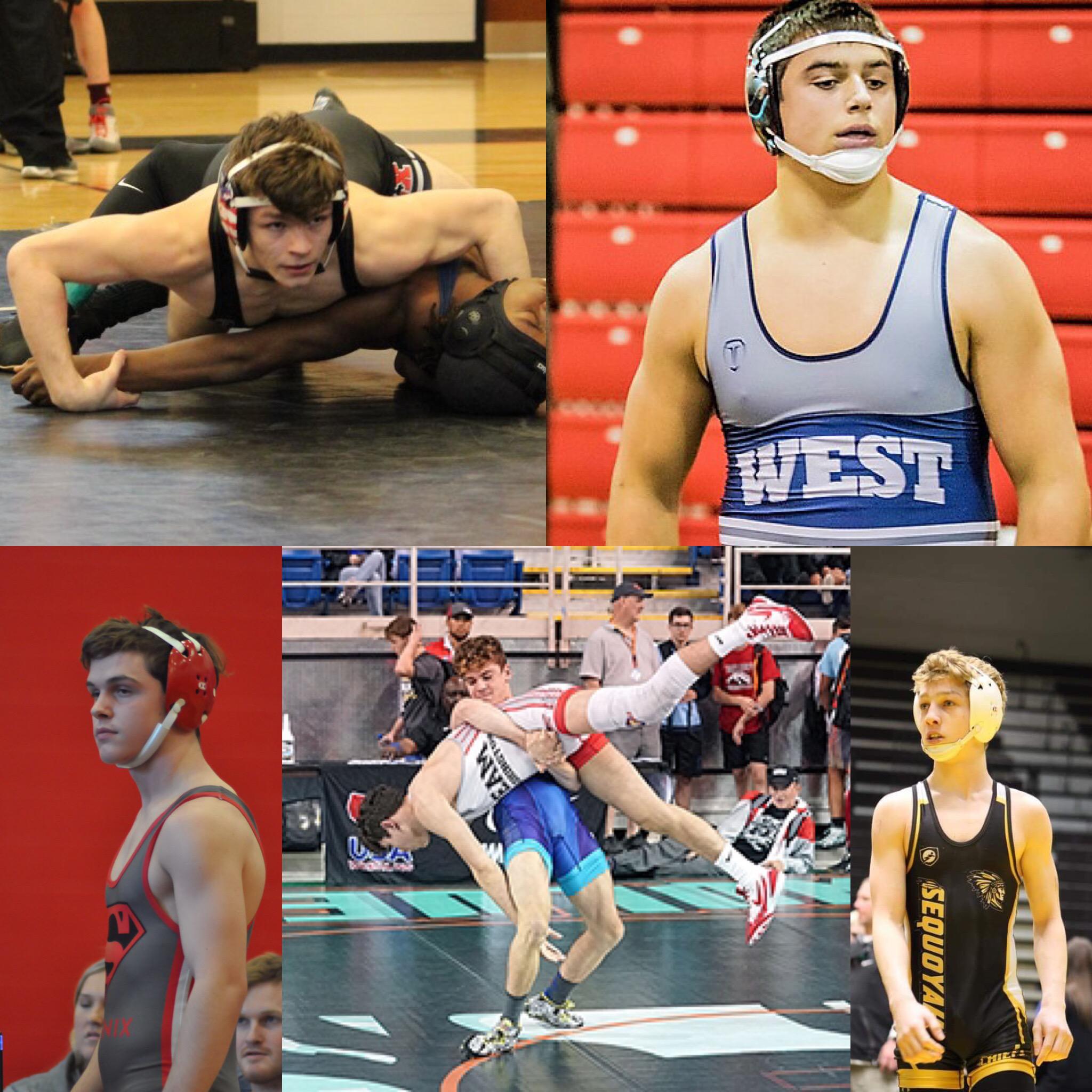 I hope all enjoyed this piece, please contact us at the site for any info or peaceful corrections you may have. I'm all ears and always open to suggestions. Thank you!!