Little graduated from Jefferson High School in 2017 as a 4x State finalist, and 3x Champ.  As a freshman, he won the 160 lbs weight class, and then won back to back titles at 182 as a sophomore and a junior.  His senior year, he lost an epic battle with Matthew Waddell in the 182 lbs finals to finish 2nd.

Little participated at the NHSCAs all four years of high school, and he placed in all four trips to Virginia Beach.   As a freshman, he knocked of fellow Georgian, Bunmi Smith to win the Championships at 160 lbs.  He went on to finish 3rd as a sophomore at 182, and 4th as a junior at 170.  As a senior, Little advanced to the finals of the NHSCA Senior Nationals, where he lost a close 3-1 decision to Bryce Rogers of Florida.

He ended his high school career being ranked 15th in the nation at 195 by AWN, and the 9th ranked senior at 195 by USAWrestling Magazine.  He was also ranked 18th by Flowrestling at 182 lbs.  He eventually signed with Reinhardt. 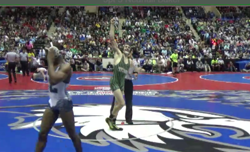 Baker earned All-American honors three separate times while competing in Juniors at Fargo.  In 2018, Baker finished 3rd in Greco at USAW Nationals.  In 2019, he was able to All-American in Freestyle, by finishing 5th at 195 lbs.  He forever etched his name in Georgia Wrestling history by winning Fargo in Greco at 195 lbs.

Baker would sign on to wrestle at Duke, and in his Freshman season he was the starter for the Blue Devils at 197 lbs. 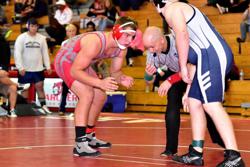 Miller graduated from Archer High School in 2017, and he was a 4x State Finalist, and 2x Champ.  During his high school career Miller was a part of the Archer powerhouse squad that captured 4 consecutive State Duals and State Traditional Championships.  Miller finished 2nd in the state as a freshman and as a junior, and he won State Titles in his sophomore and senior years, both at 220.  Miller was also a standout on Archer's football team.

During high school Miller, didn't wrestle too much nationally, due to his prowess on the football field, but he was able to place twice at NHSCA Nationals.  as a Freshman he cruised his way to a National title with 4 bonus point wins at 195.  He finished 2nd at NHSCA Junior Nationals in 2016, losing to Jared Campbell of Ohio in the finals.

Coming out of high school, Miller was ranked 5th at 220 by USAWrestling Magazine and 9th in the country by Flowrestling.  He would sign with the University of Virginia, and in 2020 he qualified for the NCAA Championships at heavyweight.