Region previews will be released every few days starting with Class 4A.  With that being said, we will only be releasing 4A-7A at this time, because we don't know how things will shake out for the 1A-3A Classifications at this time.  There are still several things to be determined about the landscape of Georgia HS wrestling for the 20-21 season in regards to the number of classifications for Traditional and Duals. 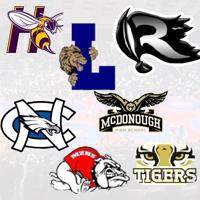 A 7 team Region that sees Fayette Co and Riverdale dropping down from 5A and Mt. Zion, Jonesboro dropping all the way from 6A. The other four schools were all together in Region 4 during the last cycle.  Mt. Zion is the only school in the Region that qualified for the State Duals in 2020 and none of the schools finished in the top 25 at the Traditional State Tournament this past season.  This Region has 7 returning State qualifiers and no returning State Placers.

Mt. Zion and Hampton both return 2 State qualifiers and 8 Sectional qualifiers, and should be in a battle for the top spot in the Region, for both Duals and Traditional.  Mt. Zion will be anchored by D'Michael Williams, who made the round of 12 at the State tournament last season at 145 lbs.  Amadou Diallo had a nice little run last year at 106, finishing 5th at Sectionals.  Both of Hampton's returning State qualifiers finished 8th at Sectionals last season, Jadyn Tallman at 132 lbs and Reid Smith at 195.  Smith will be the leader of a tough group of upper weights, that will have to step up with the loss of Coker signee Jordan Hall.

Riverdale looks to be in great position for one of the remaining 2 spots in the newly designed State Duals series.  They do not return any State qualifiers, but they do have 6 returning Sectional qualifiers, and a full lineup will go a long way in helping a team finish top 4 in Duals for this Region.  The Raiders return everyone from 170 up, and all of them were Sectional qualifiers last year.

& teams in this Region that resembles the Land of the Misfit Toys, as we have schools coming from 2A, Hapeville, Arabia Mountain and Miller Grove dropping from 5A, in addition to Mays and Stephenson dropping from 6A.  Only Arabia Mountain and Miller Grove were together in the same Region last year.  Stephenson is the only team to qualify for the State Duals in 2020, but Marist is the only school that finished inside the top 15 at the State Traditional tournament.  There are 7 returning State qualifiers in the Region, and 2 of them were State Placers.

Marist and Stephenson are the only schools in this Region that have any kind of history of success in wrestling.  After a somewhat down year by their standards, Marist will look to get back to the State Duals next year, and should have a good chance at winning the Region if they can fill out their line up.  The War Eagles only return 5 Sectional qualifiers, but 2 of them are returning State Placers. Thomas Termini finished 3rd at 113 lbs and Nolan Pozzobon also finished 3rd at 170.  Stephenson most definitely has a great chance to make a run at a Region Championship, as they return 7 sectional qualifiers and 3 State qualifiers.  Andre Bernard and Titus Sanders give the Jaguars a great 1-2 punch in the lower weights as both of them qualified for State last season.

Miller grove shouldn't be taken lightly by either of the 2 proven teams in this region.  They return a Region high 9 Sectional qualifiers with James Terrell (160) and Rodrrius Tracy (195) both qualifying for State.  The Wolverines will be tough in the upper weights with everyone but their 170 returning  from 152 up.

Arabia Mountain does return 6 Sectional qualifiers, all of them below 170 lbs.  None of the 6 finished in the top 10 at sectionals, so the Rams will have their work cut out for them if the wish to break into the top 3.

Most Intriguing Matchup: Fenstermacher vs Tracy 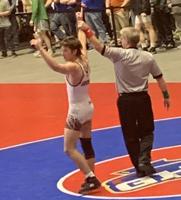 116 miles separate Ridgeland HS and Central, Carroll HS, yet here they are in the same Region.  All 7 of these schools were in Class 4A last year, with Central and Cedartown both moving over from Region 5 to join the others.  This Region brings back 29 State qualifiers, with 5 returning State Placers, Including 1 State Champ.  Central and NW Whitfield made deep runs in the State DUals last year, with Central falling to the Bruins in the consolation semis, while NWW finished 4th.  On the Traditional side of things, NWW would finish up in 8th, while everyone else was outside the top 10.

Central, Carroll returns 7 State Qualifiers from last years team, and will be led by defending State Champion at 152 lbs, Aaron Sheffield.   The top half of the Lions' lineup is absolutely loaded, and features 4 other returning State qualifiers to go along with Sheffield.  Caden Horsley (160), Cortland Caldwell (182), and Jordan Williamson (220) should provide valuable senior leadership and make Central the preseason favorites to win a Region Title.

As stated above, Northwest Whitfield was able to knock off Central in the consolation semis at the State Duals, and they will have the best chance at stopping the Lions from winning the Region.  The Bruins also return 7 State qualifiers, led by 113 lbs State Finalist Victor Pineda.  5 of the 7 returning State qualifiers won matches at the State Tournament, and Eli Johnson was 1 match away from placing at 106.   I can really see the dual between Central and NWW living up to the 39-36 barn burner that occured last season.

Pickens and Ridgeland both return 4 State qualifiers from last year, Ridgeland does not return any State Placers, but Pickens does return 126 pound State Finalist  CJ Murphy.  Ridgeland will have i nice stretch in their lineup with 4 straight qualifiers with Langston (120), Raymer (126), Bain (132), and Romans (138) all returning.

Heritage and SE Whitfield should both be in the hunt for one of the top 4 spots in the Region Duals, as they both return 3 State qualifiers.  Heritage will rely on the guidance of Andrew Dietz, who finished 6th at 113 last season.  Tate Thomas and Mike Stokes also return as State qualifiers for the Generals.  Riso Webb placed 4th for SE Whitfield at 120 lbs last season, and he will be joined by State qualifiers Estaban Chavarria and Jose Leon in an attempt to rebuild their lineup to qualify for the State Duals.

Intriguing Potential Matchup:  The lightweights could be really interesting with 10 returning State Qualifiers returning from the the first 3 weights: At 106- Dooley, Shope, Thomas, Johnson, Chavarria; at 113- Dietz and Pineda; at 120- Couch, Langston, and Webb.  Not to mention Murphy up at 126. 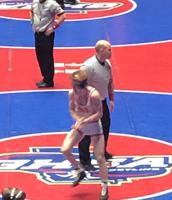 This Region is absolutely loaded and is the standard bearer for the Classification.  Cedar Shoals drops down from 5A, and East Hall and Jefferson come up from 3A.   There are a whopping 33 returning State Qualifiers and 15 returning State Placers, including 3 State Champs.  4 teams qualified for the State Duals in 2020, with Jefferson finishing 4th in 3A and North Oconee advancing to the consolation quarters in 4A.  Madison Co and Flowery Branch both went 1-2 at the Duals in Macon.  Those same 4 teams also finished top 10 at the State Traditional Tournament.

Jefferson moves into the classification, loaded in the lower weights, but will need to shore up the top half of their lineup if they want to compete with North Oconee for the Region crown.  The Dragons return 7 State qualifiers, 6 of them Placers, but they are all 170 or below.  Chaz McDonald, Tyson Thurmond, and Mason Mingus all finished 2nd at State last year, with Davis Dollar finishing 3rd, Grant Hamilton finishing 5th, and Avery Nelms finishing 6th.  If they can find some help at 182-220 to go along with Colton Steele at 285, the Dragons will give North Oconee battle in the Region finals.

Madison Co and Flowery Branch, both look to be right in the Middle of things, and could easily be all over the Region finals if either of the other two teams should stumble a bit.  These two teams are built completely different from one another, despite both of them returning 4 State qualifiers.  Madison Co will need to rely on top to bottom depth as they return 1 State Placer, but a total of 8 Sectional qualifiers.  They will be led by defending State Champion Josh Kincaid, who won it at 126 lbs after winning it at 113 as a sophomore.  Blake Hooper (106) and Nate Krickel (285) also qualified and won matches at State.  Flowery Branch only returns their 4 State Qualifiers, but all 4 of them were State Placers.  Aiden Fincher won a State title at 106 pounds, while Jarrett Green (126) and Chris Webb (160) both finished 5th.  Clay Anderson finished 6th at 220, and if the Falcons can find some help at the other 10 weights, they will be in contention during most Dual meets.

Chestatee, East Hall, and Cedar Shoals each return 3 State qualifiers, but only Chestatee's D'Angelo Pruitt is a returning placer, he finished 6th at 120.

Intriguing Potential Matchup: How about a pair of matchups between a 4A Champ and a 3A Runner-up, at 120 you have Branand vs Thurmond, and at 126 you have Kincaid vs Mingus.  To be honest I'll take any combination of those 4 that I can get.